THROW BACK TO 32 YEARS AGO TODAY… 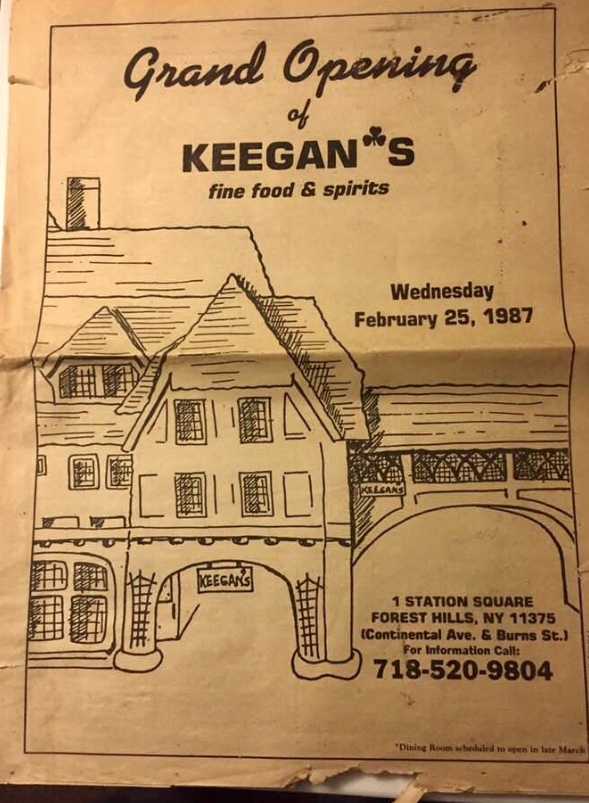 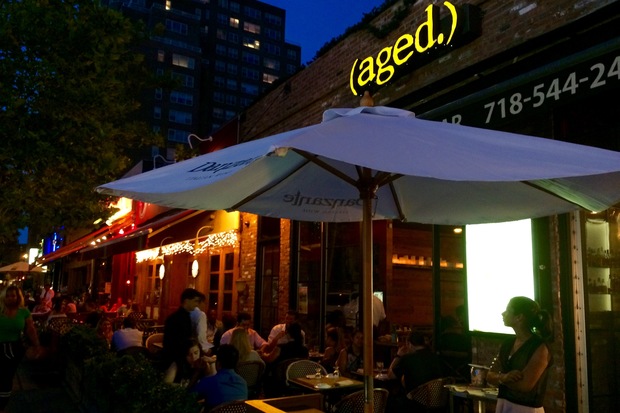 Ben’s Best Deli may have sliced its last pastrami in 2018 — after a 73-year run — but Rego Park maintains its reputation as a destination for Jewish fare. These days, the central-Queens neighborhood is known for kosher kebab parlors and foods beloved by the Bukharan Jews who began immigrating here from Uzbekistan 25 years ago. One subway stop away lies Forest Hills, which on its suburban-esque surface appears to be lacking in the culinary department. Dig deeper, though, and find a scene almost as diverse as Queens itself, with commendable sources of old-school pizza, Israeli shawarma, Peruvian ceviche, and Chinese hand-pulled noodles. Herewith, the absolute best places to eat in Rego Park and Forest Hills, neighboring communities at the easternmost terminus of the R train. END_OF_DOCUMENT_TOKEN_TO_BE_REPLACED

A groundskeeper laying chalk lines on one of the United States Open courts in front of the Tudor-style clubhouse at the West Side Tennis Club.CreditCreditRobert Walker/The New York Times

Editors’ Note: The West Side Tennis Club in Forest Hills, Queens, hosted the United States Open from 1915 to 1920 and then annually from 1924 to 1977. By then, the club was thought to be too small for a Grand Slam event and a new tennis center was under construction in Flushing Meadows, a few miles away. Dave Anderson wrote the following column about the final day at Forest Hills, when Guillermo Vilas defeated Jimmy Connors for the men’s singles title. It was originally published on Sept. 12, 1977.

Jimmy Connors had hit balls for a few minutes, had a massage, took a shower, used a hair dryer and put on his usual tennis clothes with the blue-and-red stripes across the shoulders of his white shirt. Now, wearing a blue jacket with “United States” on the back, he appeared outside the upstairs door to the men’s locker room at the West Side Tennis Club and hurried down the winding green staircase. Suddenly, the people on the veranda of the old Tudor clubhouse stopped talking and drinking. END_OF_DOCUMENT_TOKEN_TO_BE_REPLACED

Forest Parkway May Be Short, But It’s Long On Queens History: Our Neighborhood, The Way It Was

For a road that runs just a bit over 1,300 feet, Forest Parkway in Woodhaven is surrounded by a lot of interesting history.

For starters, it actually used to be just a little bit longer. Today, the road begins at a T-junction at Jamaica Avenue and ends at Park Lane South, at the entrance to Forest Park. But many years ago, the road actually continued into the park, ending outside the old Golf Clubhouse (today known as Oak Ridge).

END_OF_DOCUMENT_TOKEN_TO_BE_REPLACED FOREST HILLS, QUEENS – Aigner Chocolates was named the state’s best chocolate shop in a national roundup. Founded in 1930, the Forest Hills chocolate shop is one of the oldest confectioneries in New York City.

“I’m still kind of in disbelief. My husband [co-owner Mark Libertini] and I feel honored and really fortunate to carry on the tradition of Aigner Chocolates, because it’s a neighborhood institution,” co-owner Rachel Kellner said, as she restocked chocolates to accommodate a busy Valentine’s Day. “We’re thrilled to be making chocolate and to be making people happy.”

Why Aigner? “When it comes to chocolate, New York City is a competitive place. But Aigner Chocolates is a step above the rest, as evidenced by the shop’s long history,” reads Mental Floss‘s blurb on the store. END_OF_DOCUMENT_TOKEN_TO_BE_REPLACED

Get your tickets here, or give Queens Bully a call at; 718.529.8600. $20(charitable cause). Queens Bully is hosting their first comedy night. Hosted by Lindsay Goldwert(voice of “Teach Me How to Money Podcast”. With an action packed line of comedians; Brian McGuinness – Inside Amy Schumer, The Jim Gaffigan Show, as well as the host of “Playable Characters Podcast”

Come down they have Tiki Drinks, Raffles, and Prizes.