HELEN KELLER HONORED BY THE QUEENS COMMUNITY SHE CALLED HOME

Under the railroad on Ascan avenue, onlookers watched a tribute built for Helen Keller.

She’s a national icon but as historian, Michael Perlman explains, she’s also a local one.

“She was very active in Forest Hills, every year on her birthday she opened up her home to many forest hills residents,” said Perlman

Keller lived in her Forest Hills home for over 20 years starting in 1917. Family friend, Robert Hof says her neighbors loved her. END_OF_DOCUMENT_TOKEN_TO_BE_REPLACED

This Is the Prettiest Block in New York, And It’s Just Been Perfectly Restored!! Station Square Tells A Story of A Neighborhood. New York’s comeliest blocks are mostly the product of accident or repetition. Some are haphazard accumulations of ornate façades that acquired atmosphere over generations of construction, demolition, and rebuilding. Others are uniform chains of brownstones. Station Square in Forest Hills, on the other hand, is both alluring and anomalous — not a block, exactly, but a planned piazza that isn’t even wholeheartedly urban. After years of scaffolding and orange cones being shunted from facade to street and back again, the square has just reopened to pedestrians, renovated and camera-ready. (And the neighborhood corporation that manages it is apparently considering keeping car traffic permanently away.) But it is more than a pretty place: It represents an important episode in the story of how New York became modern. END_OF_DOCUMENT_TOKEN_TO_BE_REPLACED 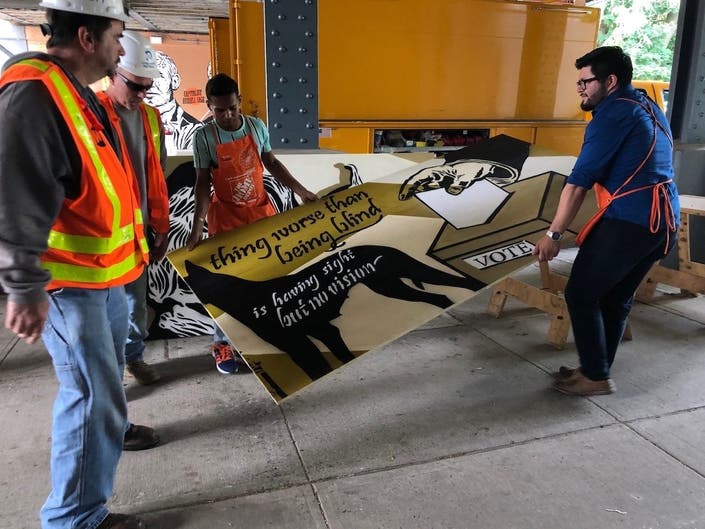 A mural commemorating Helen Keller went up Friday in Forest Hills, where the blind and deaf author and activist lived. (Maya Kaufman/Patch)

FOREST HILLS, QUEENS — A mural commemorating Helen Keller went up Friday in Forest Hills, where the blind and deaf author and activist lived for two decades.

The mural, designed by street artists Crisp and Praxis, was installed in the Ascan Ave. underpass below the Long Island Rail Road. END_OF_DOCUMENT_TOKEN_TO_BE_REPLACED

The Queens Zoo’s newest and cutest residents, two Andean bear cubs, have made their debut.

The Queens Zoo animal care staff have named the cubs Brienne and Benny and will continue to monitor their health and development.

“These little cubs are tremendous ambassadors for their species,” said Scott Silver, Queens Zoo Director. “Andean bears are rarely seen in the wild so it’s extremely special to have an opportunity to watch cubs grow. Guests will also learn about our efforts to protect Andean bears in the wild.”

Andean bears are the only bear species native to South America. They’ve been nicknamed the “spectacled bears” because of markings on their face that sometimes look like glasses.

The cubs were born to parents Nicole, aged six, and Bouba, aged eight, in January.

Bouba came to Queens from Bioparc de Doue la Fontainein in France to breed with Nicole, who was born at the Smithsonian’s National Zoo in Washington, DC and came to the Queens Zoo in 2015. This is the second time the pair has produced offspring at the Queens Zoo, and these cubs were two of only four Andean bears born in zoos worldwide in the past year.

After spending a few weeks in a den bonding with their mother, the cubs have now started venturing out into the outdoor exhibit. The amount of time the cubs spend in the exhibit each day will vary until they become acclimated to it.

Andean bears have characteristically short faces and are relatively small in comparison to some other bear species. As adults, males weigh between 250 to 350 pounds while adult females rarely exceed 200 pounds.

According to the International Union for the Conservation of Nature (IUCN), Andean bears are classified as vulnerable. Estimates indicate that there are fewer than 18,000 remaining in the wild.

The Queens Zoo is breeding Andean bears as part of the Species Survival Plan, a cooperative breeding program designed to enhance the genetic viability and demographic stability of animal populations in zoos and aquariums accredited by the Association of Zoos and Aquariums (AZA).

There are currently only 39 Andean bears in AZA-accredited zoos and only six potentially viable breeding pairs in the SSP population.

THIS SUMMERS FREE MOVIE LINE UP IN NYC 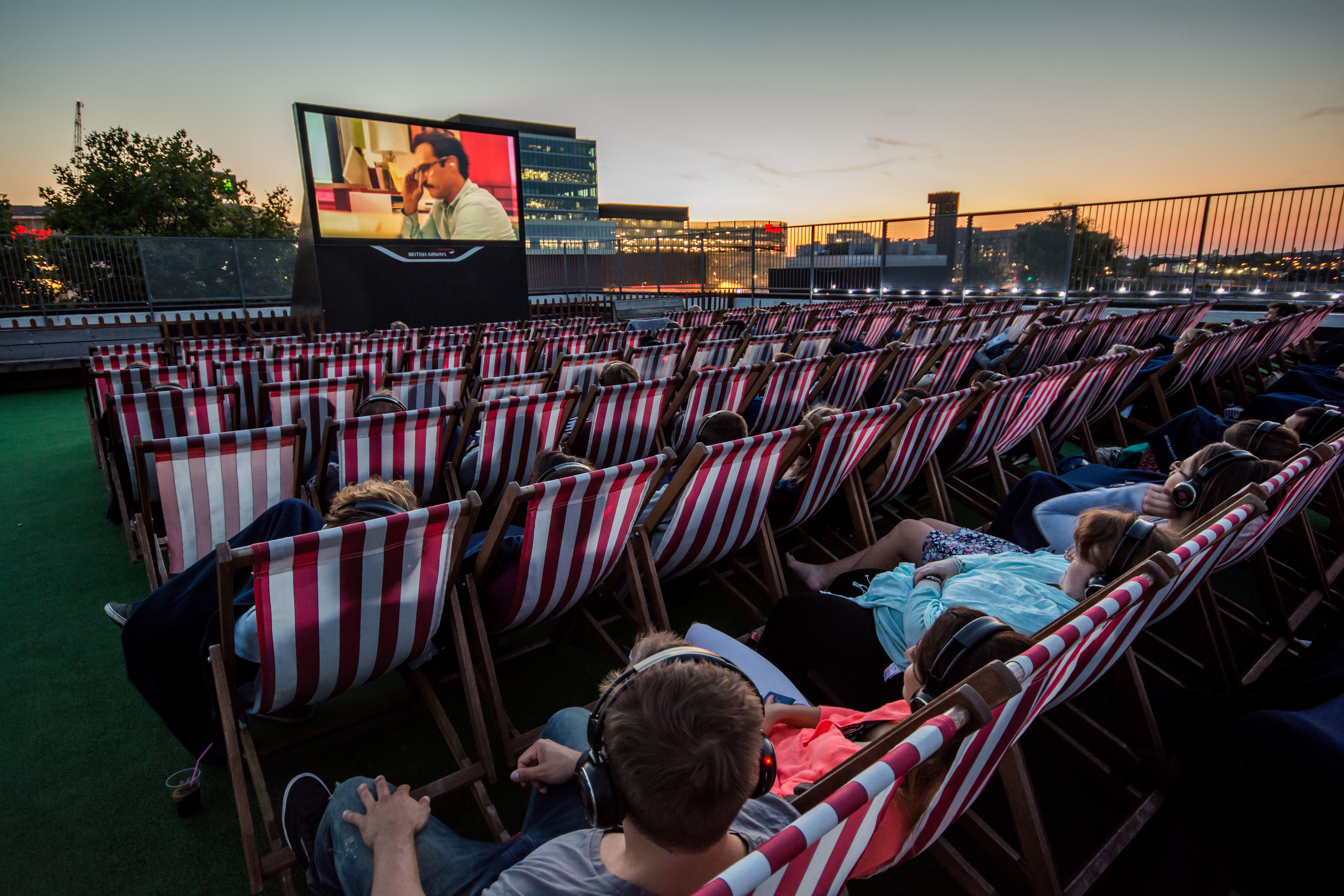 Since HBO first started showing films in Bryant Park in 1992, free movie screenings have become a summertime tradition in the City. All kinds of films—Hollywood classics, current blockbusters and indie gems—are screened at outdoor venues throughout the five boroughs, with stunning backdrops like the Manhattan skyline (Brooklyn Bridge Park Movies with a View) and the Coney Island Cyclone (Coney Island Flicks on the Beach).

This season’s offerings include recent hits like Green Book and Crazy Rich Asians, ’80s classics When Harry Met Sally and Ferris Bueller’s Day Off, and family-friendly flicks such as Mary Poppins Returns and The Lego Ninjago Movie. Below is a schedule of free film screenings throughout New York City, organized by day of the week. Unless otherwise noted, all screenings start at dusk, typically around 8:30pm. Check the listings for details and then grab a blanket, bring some snacks and enjoy cinema alfresco, NYC style. END_OF_DOCUMENT_TOKEN_TO_BE_REPLACED