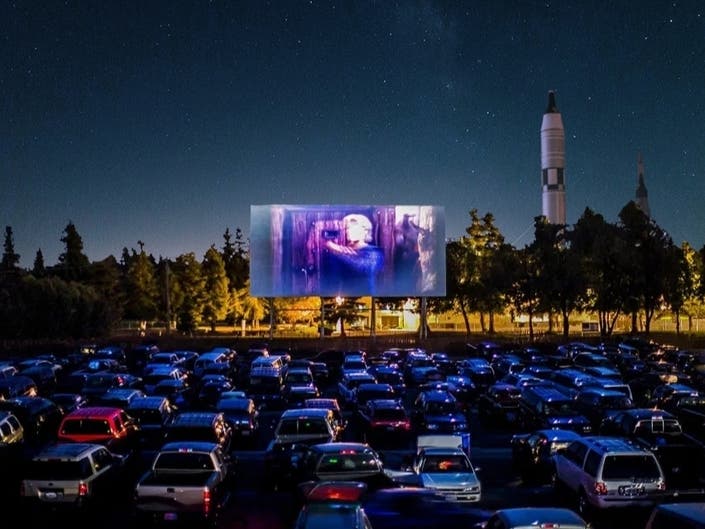 A drive-in movie festival is launching next month in Flushing Meadows-Corona Park.

CORONA, QUEENS — Drive-in movies are surging in popularity thanks to the coronavirus pandemic, and a new festival in Queens will bring the craze to the next level.

The nonprofit Rooftop Films is launching a drive-in movie festival on the grounds of the New York Hall of Science in Flushing Meadows-Corona Park, organizers announced Tuesday.

The festival will run from August to October and include screenings of new independent and foreign film, pre-show entertainment, live demonstrations, artist showcases and talks with experts on the movies’ themes.

Rooftop Films is curating the movie selections in partnership with the Museum of the Moving Image in Astoria.

“With theaters shuttered and most festivals postponed or moving to streaming, we hope that these events will be part of a collaborative healing process for our neighbors, and give us an opportunity to once again spotlight the most daring new films from around the world,” Rooftop Films Artistic Director Dan Nuxoll said.

Tickets cost $35 per car and will go on sale in the coming weeks. A portion of the proceeds will be donated to Elmcor, a social services organization based in Corona.

The festival will include a number of free screenings throughout the summer, and local community organizations will distribute free tickets to Corona and Elmhurst residents, thanks to a partnership with the Office of the Queens Borough President.

Rooftop Films is also hosting a companion festival in Brooklyn, which launched this past weekend on the pier of the Brooklyn Army Terminal.

Visit queensdrivein.com for more information about the Queens festival. 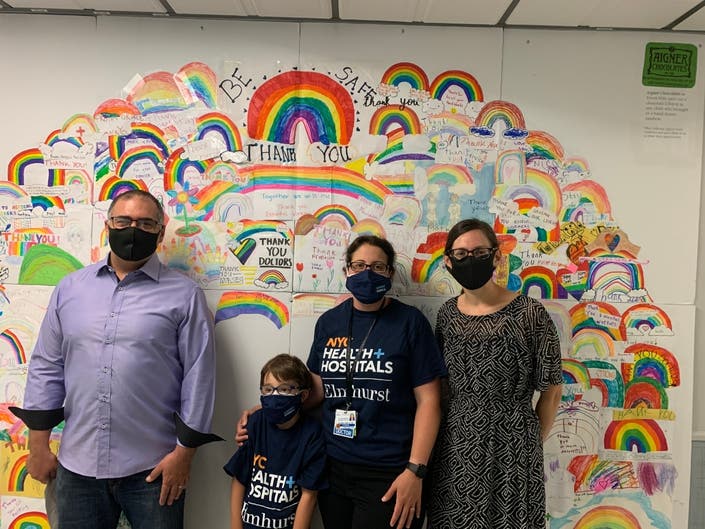 FOREST HILLS, QUEENS — The walls of Elmhurst Hospital grew a bit brighter Wednesday after the owners of a Forest Hills chocolate shop unveiled a rainbow of rainbow drawings to decorate the hospital lobby.

Aigner Chocolates co-owners Mark Libertini and Rachel Kellner collected the 300-plus drawings that comprise the rainbow in May, offering young artists a free chocolate bunny in exchange for a handmade rainbow art piece.

“This wonderful gesture has helped cheer us and give us hope as we continue to care for the community during the COVID-19 health crisis.” Elmhurst Hospital CEO Israel Rocha said.

Aigner Chocolates has donated about $10,000 worth of chocolate to seniors, front-line workers, local nonprofits, food banks and children in the neighborhood since the coronavirus pandemic hit New York City, according to Kellner.

“The truth is, giving back during this time was an easy decision,” Kellner said. “We continue to envision how to not only be a chocolate shop, but also a source of healing for the community.”