DID YOU KNOW? PETER PARKER AKA SPIDER-MAN LIVED IN FOREST HILLS? 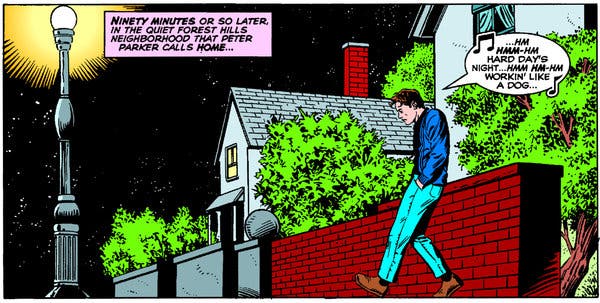 You all know that Peter Parker is your friendly neighborhood Spider-Man. For many years, that neighborhood was officially Forest Hills, Queens.

New York City is one of the key locations used for much of the action in Marvel Comics, serving as the traditional home of the Avengers, the Fantastic Four, Doctor Strange, Jessica Jones, and countless other characters. For Spider-Man—everybody’s friendly neighborhood superhero—his home can be found in the heart of Queens. Throughout the comics, Spider-man lives with his Aunt May and Uncle Ben at 20 Ingram Street, a two-story boarding house in Forest Hills Gardens. In real life, 20 Ingram Street is less modest and plain as it is portrayed in the comics, instead fashioned in the style of Edwardian and English garden houses.

Coincidentally, a real-life Parker family actually lived at 20 Ingram Street. In 1974, Andrew and Suzane Parker along with their two daughters moved into the residence. A few years later in 1989, the family reported that they began receiving junk mail addressed to Peter Parker, after their address was listed as the superhero’s home in the June and July 1989 issues of “The Amazing Spider-Man.” Originally, the character was created by Stan Lee in 1962 as a Forest Hills resident, but his official address was never pinpointed by the comic book legend, instead being added years later by writer David Michelinie.

However, it would not be until the family was told by a reporter from the “Queens Tribune” during the summer of 2001 that they realized how their lives shockingly mirrored that of one of Marvel’s most notable characters. Besides sharing a last name with Peter Parker, they also discovered another intriguing connection to the Spider-man comics. One of Andrew and Suzanne’s longtime neighbors of more than 20 years was Terri Osborne, whose last name was almost identical to that of Spider-Man’s biggest enemy, the Green Goblin, which is the alias of Norman Osborn. CHECK OUT THE FOREST HILLS STADIUM’S SUMMER CONCERT LINE UP !! 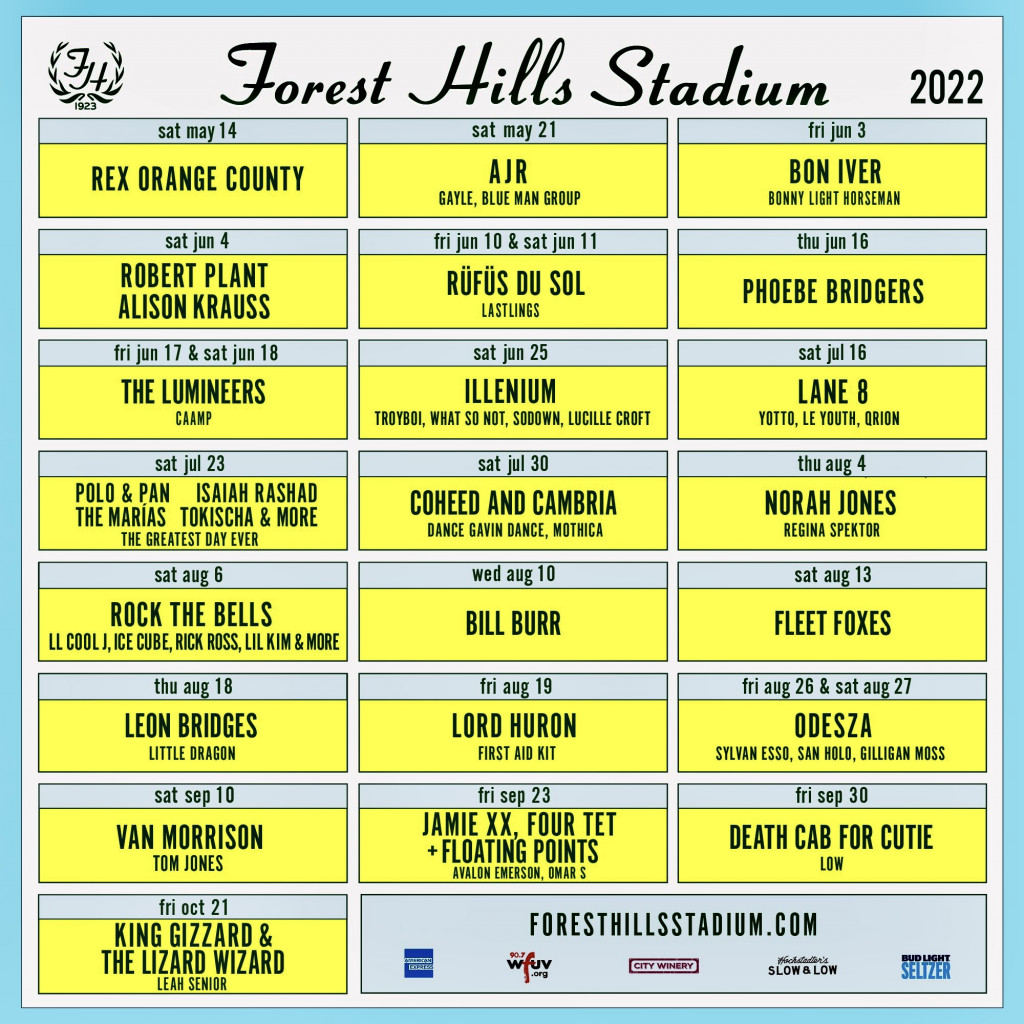 The Lineup Of Exhibiting Artists For The Metro Village Art Festival…Is In!! 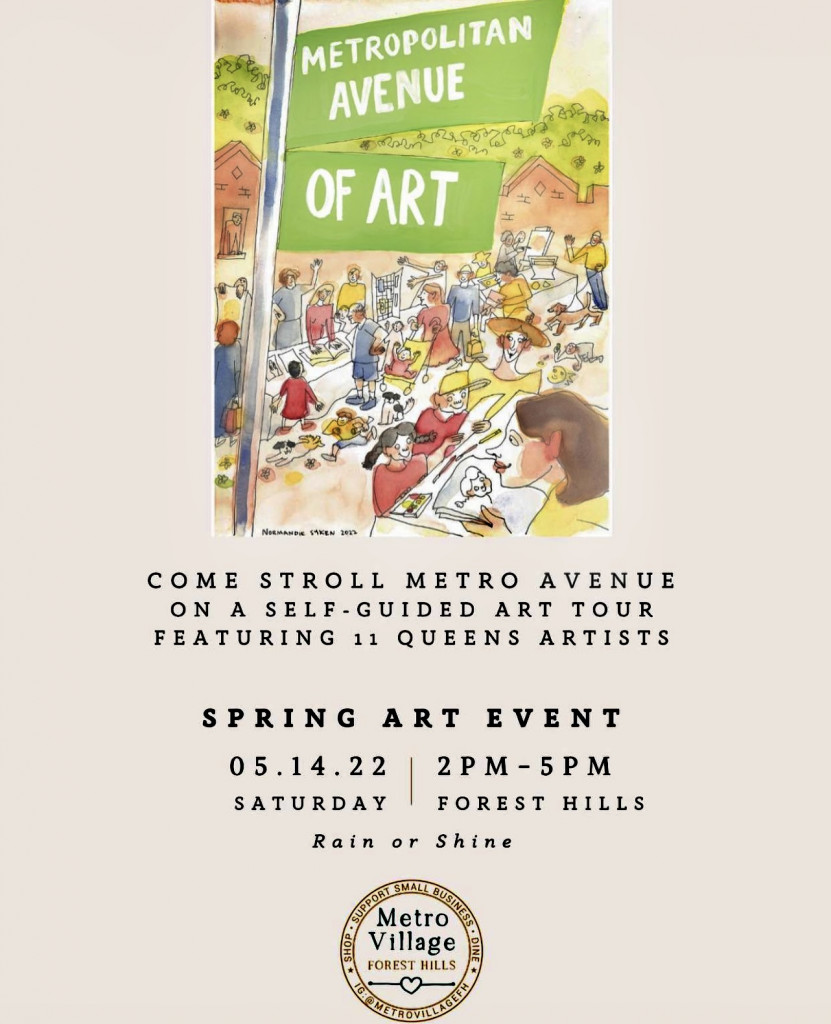 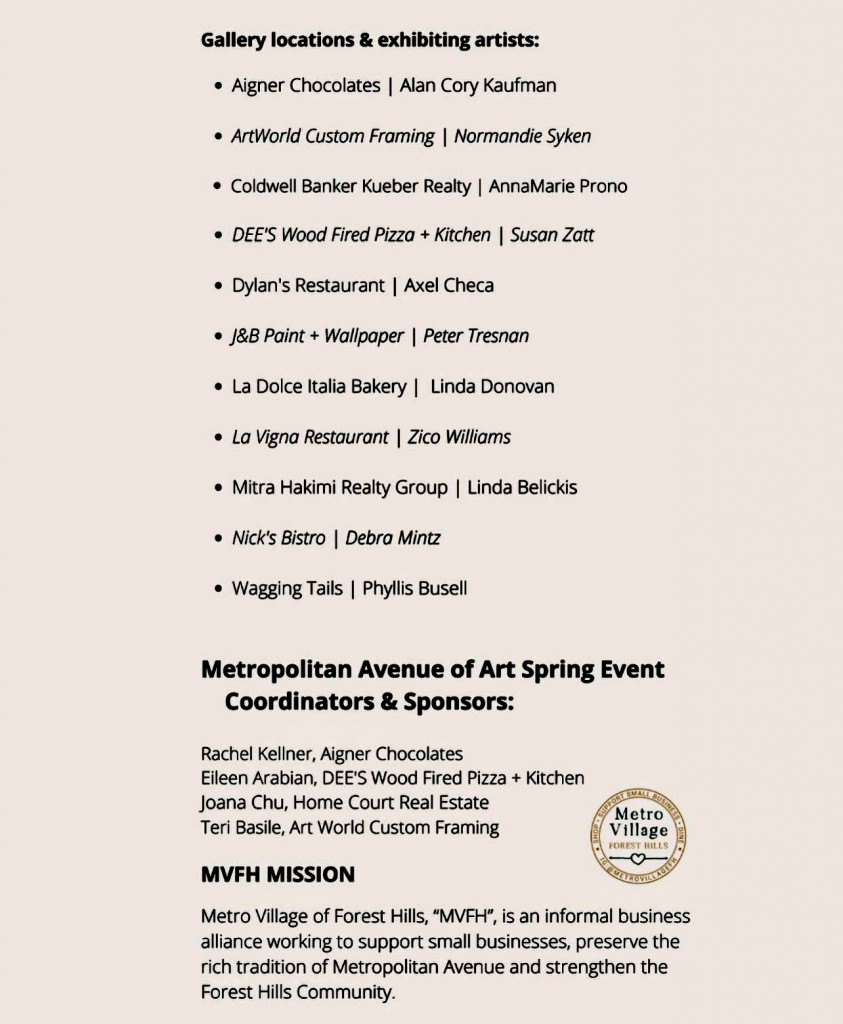 No sign up needed. Free public event. Invite a friend!