Photo courtesy of Office of Parks, Recreation and Historic Preservation
The New York State Historic Preservation Board has recommended that a sizable portion of Richmond Hill featuring Victorian homes and other notable structures be added to the State and National Registers of Historic Places.

The registers are the official lists of buildings, structures, districts, landscapes, objects and sites significant in the history, architecture, archeology and culture of New York state and the nation. 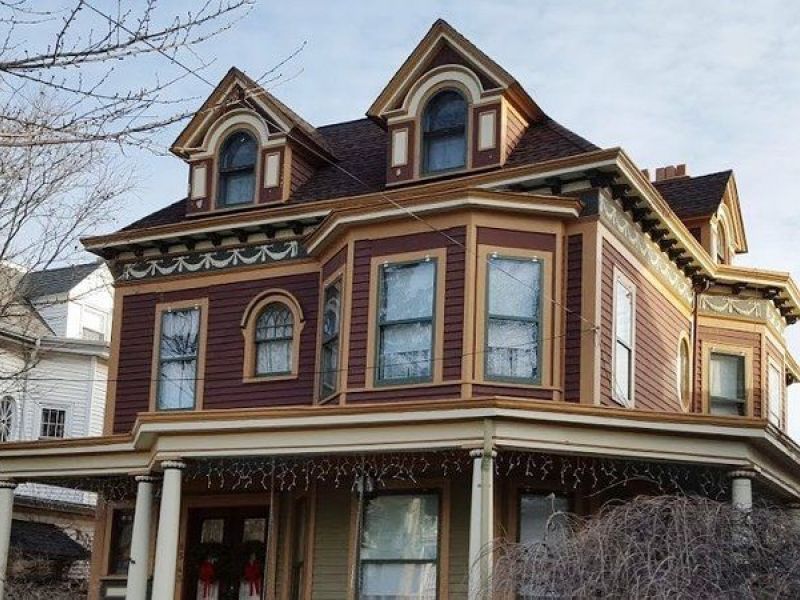 “We are grateful for the support of our Council member Eric Ulrich, who provided funding for the Survey of Richmond Hill and for the application process to the State Historic Preservation Office, which has made this all possible,” the Richmond Hill Historical Society said on its Facebook page. “We are also thankful for the support of the Historic Districts Council, Executive Director Simeon Bankoff and his staff, who have provided guidance and support to preserve Historic Richmond Hill and countless historic buildings and communities in New York City.”

Richmond Hill is one of the first garden communities and planned suburbs in eastern Queens County, according to the Richmond Hill Historical Society. The organization preserves and revitalizes Richmond Hill through education and resource exchange to the community on historic preservation, restoration and rehabilitation of its historic homes, churches and commercial buildings. The society has also advocated for landmarking large sections of the neighborhood for years.

The recommended historic district consists primarily of large, Victorian-styled and architecturally distinguished houses built between 1890 and 1915 for railroad commuters working in Manhattan and Brooklyn. The area also includes smaller homes built between the arrival of the subway in 1917 and the Great Depression in 1930, according to the Richmond Hill Historical Society. A number of these homes have been torn down in recent years and replaced with multi-family dwellings.

The Richmond Hill Historic District encompasses a small, early portion of the current residential neighborhood. The historic district comprises a significant, and the most intact, portion of the original Richmond Hill subdivision as mapped out in 1868 by business partners Albon Platt Man and Edward Richmond.

Its boundary was drawn to take in the largest concentration of intact historic houses in the neighborhood, including nearly all of the earliest surviving examples (1880s and early 1890s). The district is bounded on the north by the natural boundary of Forest Park and the historic boundary of 84th Avenue (originally known as Division Avenue since it demarcated the border with Kew Gardens). To the east, south and west the district stops short of Lefferts Boulevard and Myrtle Avenue.

“Listing on the State and National Registers is an important step in helping to preserve and improve these assets. Helping communities preserve and revitalize our historic landmarks encourages smart growth, boosts tourism and supports local businesses,” said Rose Harvey, commissioner of the Office of Parks, Recreation and Historic Preservation.

More information and photos of the nominations are available on the Office of Parks, Recreation and Historic Preservation website.