Happy New Year! Time To Mark Your Calendars With The Biggest Dates In Queens In 2019 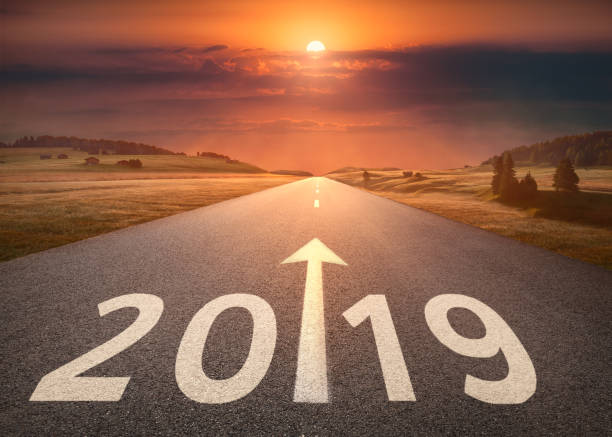 Now that the confetti has settled and the buzz from new year’s parties has worn off, it’s time to start looking ahead to many important events in Queens in 2019.

Thursday, Jan. 3, marks the first day of the 116th Congress on Capitol Hill, and a new era in the federal government. Democrats will once again be in control of the House of Representatives, having gained 40 seats and the majority in the chamber. The Senate remains in Republican hands, and the divided Congress will have to figure out how to reopen the government amid an ongoing partial shutdown that took effect on Dec. 21 — the result of an impasse with President Trump on the border wall he wants to fund.

Seven people represent Queens in the House of Representatives, and Jan. 3 marks the first day in office for the lone rookie in the delegation: Alexandria Ocasio-Cortez, who defeated 10-term incumbent Joe Crowley last year for the right to represent the 14th District, which includes much of northwest Queens and the Bronx.

Beyond politics, there are plenty of other notable dates ahead for Queens. Here are just a few of them:

Feb. 5 marks the start of the Asian Lunar New Year. Tens of thousands of Asian residents across Queens will celebrate the arrival of the Year of the Pig, the 12th in the 12-year zodiac cycle. Flushing will once again play host to the borough’s annual Lunar New Year Parade, on Feb. 9, featuring music and traditional dragon dancers.

Baseball fans across Queens are already gearing up for the start of the 2019 season, but they’ll have to wait a few more weeks before seeing the Mets and Yankees play a meaningful game here in the city. Opening Day is March 28, and the Yankees will open up their campaign in the Bronx that day against the Baltimore Orioles. Meanwhile, the Mets will be on the road in Washington to take on the Nationals on Opening Day; their home opener is April 4 at Citi Field, also against the Nationals.

Easter and Passover will be celebrated in mid-April this year in Queens and around the world. Passover will fall this year at sundown on Friday, April 19; Jews across Queens will gather at the dinner table for the traditional Seder commemorating the Israelites’ escape from Egyptian enslavement. Christians across Queens, meanwhile, will celebrate Easter Sunday two days later, April 21; the holy day marks Jesus Christ’s resurrection three days after his crucifixion.

Back by popular demand, The World’s Fare will return for its second stint at Citi Field in Flushing the weekend of May 18-19. More than 100 vendors representing cuisine from all corners of the world will be serving up delicious treats to thousands of guests. There will also be a huge beer garden with sampling sessions as well as an array of entertainment acts. Visit worldsfare.nyc for more details.

Memorial Day celebrations in late May mark the unofficial start of summer in Queens and the rest of the country. Before you head out to the beach or fire up the grill, be sure to take the family to one of the many Memorial Day parades and ceremonies held across the borough on Sunday, May 26, or Monday, May 27, and salute those who served and gave their lives in defense of the country.

The colors of the rainbow will fly through Jackson Heights on Sunday, June 2, during the Queens Pride Parade and Festival. Members of the LGBTQ community will parade through the streets celebrating love and freedom. This year’s march will include a 50th anniversary commemoration of the Stonewall Riots in 1969, a pivotal moment in the LGBTQ equal rights movement.

Muslims across Queens will celebrate Eid al-Fitr, the conclusion of the holy month of Ramadan, on Tuesday, June 4. It marks the end of 30 days of dawn-to-sunset fasting during the most spiritual time of the year for Muslims. Families will gather together for large feasts celebrating the breaking of the fast. The holy day is also observed as a public school holiday.

Saturday, June 8, marks the 151st running of the Belmont Stakes, the third jewel in thoroughbred racing’s Triple Crown. Thousands will pack the stands at Belmont Park, and with any luck, get the chance to see history being made once again. In 2018, Justify won the Belmont Stakes wire-to-wire to become the 13th Triple Crown Winner, and the second horse to complete the sweep in four years.

Queens plays hosts to two spectacular fireworks shows in the days leading up to Independence Day, July 4. The Central Astoria Local Development Corporation holds their fireworks extravaganza near Astoria Park, while the Bayside Historical Society and City Councilman Paul Vallone sponsor a similarly colorful pyrotechnic display at Fort Totten in Bayside. Further details about both shows will be posted on QNS at a later date. Of course, thousands of people will gather in Long Island City on the night of July 4 to witness the Macy’s Fourth of July Fireworks Extravaganza on the East River waterfront.

Aug. 3-4 marks the return of the Hong Kong Dragon Boat Festival at Flushing Meadows-Corona Park. Thousands will converge on the park for two days of exciting boat races on Meadow Lake as well as a wide variety of food, music and entertainment. The Queens Courier is among the event’s sponsors.

The best tennis players in the world will compete at the Billie Jean King National Tennis Center in Flushing Meadows during the U.S. Open. The two-week tournament begins on Aug. 26 with opening round matches and concludes with the women’s and men’s finals the weekend of Sept. 7-8.

Queens will again pause on Sept. 11 to mark the anniversary of the terrorist attacks that occurred 18 years ago at the World Trade Center, the Pentagon and on board United Airlines Flight 93. The borough lost hundreds of residents at the Twin Towers on that day of infamy in 2001, and will host a number of vigils and memorial services in the days leading up to the anniversary.

The high holy days on the Jewish calendar begin with the first day of Rosh Hashanah on Monday, Sept. 30, the start of the Jewish new year marked with sweet celebrations. The following week, on Wednesday, Oct. 9, Jews across Queens will observe Yom Kippur, the day of atonement.

The streets of Queens will host numerous Halloween parades in the days leading up to All Hallows Eve, on Thursday, Oct. 31. Parades are typically held in Glendale, Jackson Heights and Howard Beach, featuring ghosts and goblins of all ages enjoying some not-so-scary fall fun.

Election Day is Tuesday, Nov. 5, but there are two key races in Queens to watch all year long. One is the contest for Queens district attorney. Three candidates — Queens Borough President Melinda Katz, retired Judge Gregory Lasak and City Councilman Rory Lancman — have already announced their challenge to incumbent DA Richard Brown, who’s been in office since 1991. The Democratic candidates will square off in a September primary, and the winner will advance to the Nov. 5 general election. The other contest centers on the race to fill the Public Advocate seat being vacated by Attorney General-elect Letitia James. Mayor Bill de Blasio is expected to declare a non-partisan special election for sometime in February; the winner of that contest must run again in November for the right to remain in the seat for the duration of James’ term, which expires in 2021.

Thanksgiving falls on Thursday, Nov. 28, and the following day, Nov. 29, Queens residents will run out to shopping malls across the borough to take advantage of lucrative Black Friday bargains. They’ll also hit their local shopping strips to do the same on Small Business Saturday, Nov. 30.

And for those who are counting, there’s still 358 shopping days till next Christmas, Dec. 25.