On May 25th Greta Van Fleet will be performing at the Forest Hills Stadium. Get to know the band before they rock the stage this summer!

The band is comprised of four musicians twin brothers Josh (vocals) and Jake Kiszka (guitar), both 22, younger brother Sam (bass/keys, 19), and longtime friend Danny Wagner (drums, 19). Although they are young, the boys were raised on their parents vinyl albums which influenced their high-energy hybrid of rock’n’roll, blues, and soul.

“Our parents had a lot of vinyls laying around,” recalls Josh, so we grew up listening to that and really liked playing with the vinyl albums – putting them on the turntable and speeding them up and slowing them down. But, yeah, I really liked the blues and the soul and the funk – Wilson Pickett is the big one, and Joe Cocker, those kinds of things”. 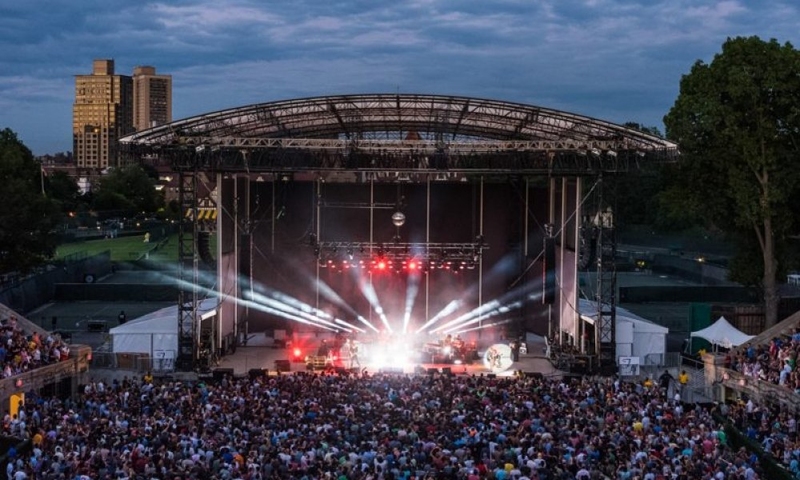 In 2017 the band sold out concerts across North America and Europe. They received praise from Elton John, Nikki Stix, and even Tom Hanks. On August 15th, 2018 the band released “When The Curtain Falls” which quickly earned a spot in the Top 10 at Rock Radio and accumulated more than 10-million streams and even performed the song on Live On The Tonight Show Starring Jimmy Fallon.

In December 2018, the band was nominated for four Grammy Awards, including Best New Artist, Best Rock Performance for “Highway Tune”, Best Rock Song for “Black Smoke Rising” and Best Rock Album for From the Fires.

Often compared to Led Zeppelin, Greta Van Fleet was cited as one of Robert Plant’s favorite up and coming bands.