Where’s The Pond??!! Ever Wonder How Fresh Pond Road Got It’s Name? 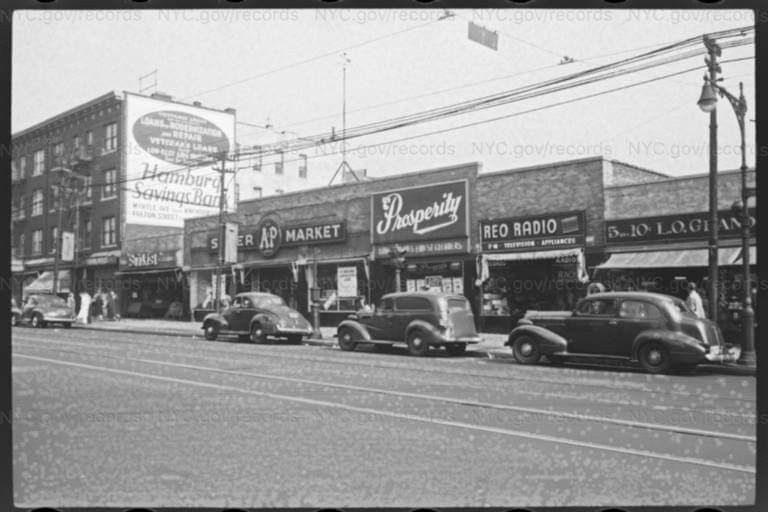 Whenever you drive, walk or ride the infamously slow Q58 bus along Fresh Pond Road, there’s always two questions that come to mind. The first is: Why the heck is there so much traffic on this little roadway?

We can’t answer that one, but we can answer the second question: Why do they call it Fresh Pond Road when there isn’t anything close to resembling a fresh pond nearby?

Believe it or not, there were fresh ponds in the vicinity of Fresh Pond Road at one point in time. They were drained and developed centuries ago into the residential and commercial areas that we know of today.

More than that, however, Fresh Pond Road is one of the most important and historic roadways in all of Queens County. Its roots date back to a time before colonists even arrived on our shores some 400 years ago.

Fresh Pond Road started out as an old trail for Native Americans living in present-day Maspeth, the neighborhood whose name is derived from the Mespeatches tribe that once resided there. The Mespeatches walked along this trail from Maspeth south into present-day Brooklyn to Jamaica Bay. There, they fished and clammed, then brought back home with them seashells later used to make wampum, a form of native currency.

Colonists, upon arriving in Queens in the 1600s, continued to use the trail, which would at one point be known as Kill’s Path. It was given that name because, according to legend, the road became a site for battles among Native American tribes. Kill’s Path, which extended from present-day Cypress Hills, Brooklyn to Maspeth, would be incorporated into the maps of the town of Newtown (which had encompassed much of the Greater Ridgewood area) and later into Queens County.

The road was named Fresh Pond Road in the 1800s to reflect two small ponds that once occupied an area just to the east of the roadway and to the north of what would become Mount Olivet Crescent. Reiff Playground, at this intersection, occupied part of where one of these ponds once existed. These ponds, filled with brackish runoff from the nearby Newtown Creek, were drained and filled in during the 1900s. The serpentine nature of Snake Hill Road, which curves and twists up and down the steep glacial moraine running through the heart of geographic Long Island, probably had more to do with the name than the presence of actual snakes.

Of course, Fresh Pond Road is today one of the busiest and most active roadways in the entire borough, lined with shops, restaurants, bars and apartments. It’s one of the most important north-to-south roadways in the Greater Ridgewood area, as it is the only street to cut through Ridgewood, Maspeth and Middle Village.