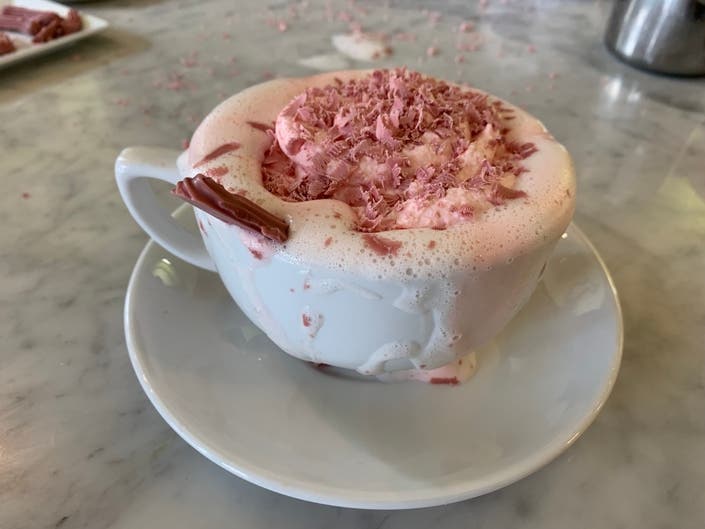 Aigner Chocolates co-owner and chef Mark Libertini has created a “ruby hot chocolate” and a cappuccino drink called the “rubiccino” using the rosy-hued chocolate, which has a sweeter and slightly fruitier taste.

Both drinks are topped with homemade, pink whipped cream and ruby chocolate shavings.

“Ruby Chocolate is being sold in limited quantities around the country and we’re one of just a few chocolate shops selling it, so we’re excited,” Libertini said in a statement.

“The berry flavor lent itself to a drink and we thought hot chocolate and cappuccino are two terrific ways to showcase the terrific taste.”

Ruby chocolate was invented in 2017 by the Swiss chocolatier Barry Callebaut and arrived in the United States earlier this year, according to NBC’s Today Show. It is the first new chocolate variety since Nestle developed white chocolate in the 1930s.