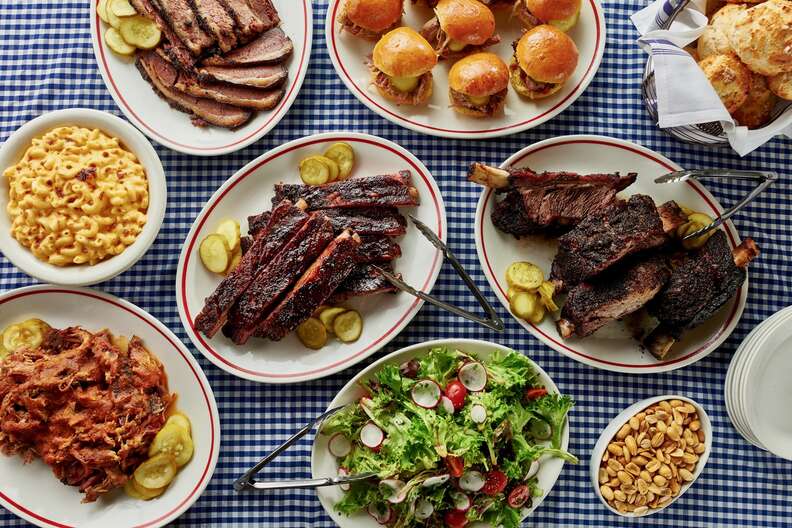 FOREST HILLS, QUEENS — The site of a beloved, now-shuttered Irish eatery in Forest Hills will reopen in the upcoming months as a New York City-based barbecue chain.

Mighty Quinn’s BBQ is slated to open at 108-22 Queens Boulevard this fall, the eatery’s co-founder and co-CEO Micha Magid told Patch in a written statement.

“Our franchisee Michael Dolan has been searching for the perfect spot in Forest Hills and this corner location, right off the Austin Street dining strip, met everything we look for in a new restaurant,” he wrote, adding that the team is “looking forward to bringing our style of ‘que to the borough,” in what will be its first outpost in Queens.

Mighty Quinn’s Forest Hills spot will replace Banter, an Irish eatery that closed in December 2020 after seven years of business, much to the dismay of locals.

After the restaurant closed its doors, one neighbor posted a sign on the window that read “we’ll miss you Banter,” and many others took to Facebook to express their sadness, the Queens Chronicle reported.

At the time, Michael Perlman, chairman of the Rego-Forest Preservation Council, told the Chronicle that the neighborhood was “mourning” the loss of the restaurant.

Mighty Quinn’s has big shoes to fill, and it’s gearing up to offer the neighborhood the best of its New York-born barbecue experience, including a full bar, indoor and outdoor seating, and a signature menu of slow smoked eats, Magid said.

The restaurant’s move to Queens comes amid plans for a nationwide expansion, Forbes reported.

Since launching in 2012, the chain is now serving barbecue in eight locations — five of which are in Manhattan, with one each in Garden City, Long Island, Clifton, New Jersey, and overseas in Dubai. Mighty Quinn’s also operates three stadium kiosks, one at Yankee Stadium and two at Madison Square Garden.

In the next year, the eatery has its eyes set beyond the New York Metropolitan area, with plans to open franchised stores in Florida and Maryland. “We will be working to add more to this pipeline,” Magid told Forbes.

Mighty Quinn’s franchising efforts are unique for a barbecue restaurant, which prides itself on slow smoked meats.

“The craft of bbq takes 20 hours to smoke a brisket and four hours to smoke a raft of ribs. It’s an art of time management beyond grilling a burger for five minutes” Magid told Forbes, adding that finding the right operators and locations are key to franchise success.

“There aren’t a lot of national bbq chains,” Magid admitted to Forbes. “Don’t tell anyone, but we see a huge opportunity,” he added.